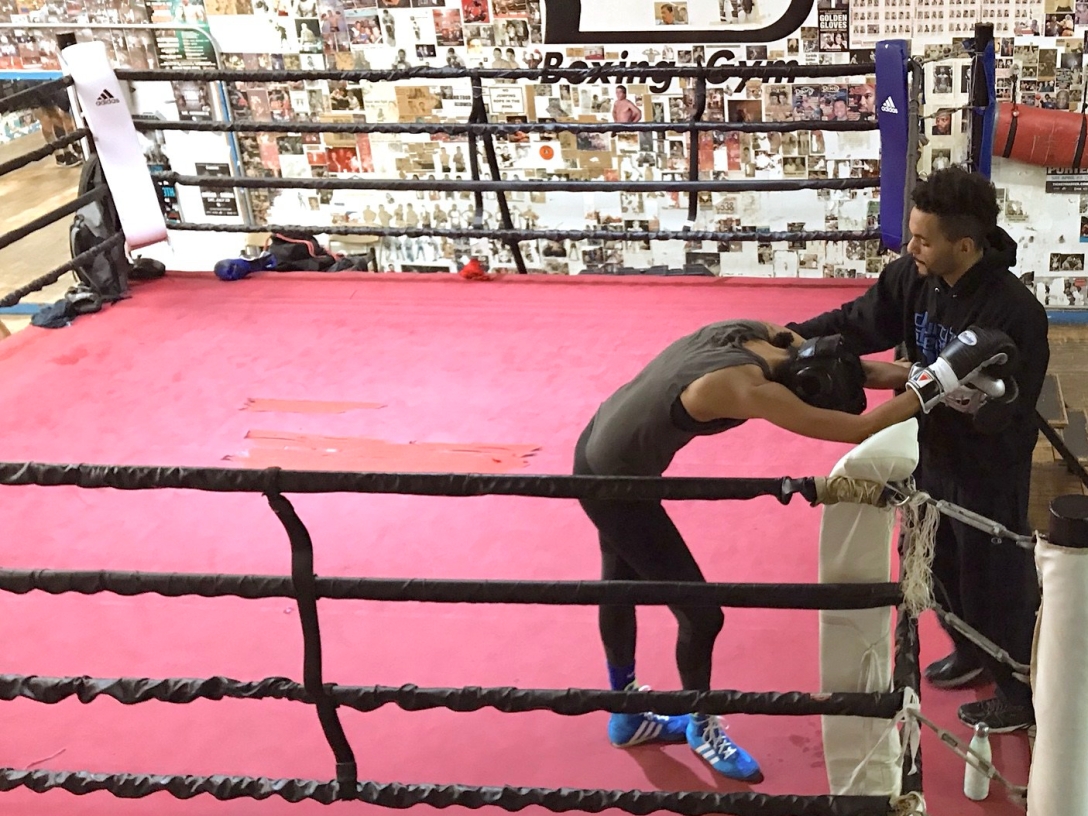 You shall leave everything you love most dearly: this is the arrow that the bow of exile shoots first. You are to know the bitter taste of others’ bread, how salt it is, and know how hard a path it is for one who goes descending and ascending others’ stairs.

Stephanie put me to work the second the opening bell rang. The nine minutes we circled the ring weren’t easy. I spent a lot of time adjusting and recalibrating. She threw punches that landed hard and came out fast. And although I never expected a cakewalk, I was surprised by many things. Like the way time became tactile, similar to a curtain I could push aside.

Or how rapidly I tired out and then caught a second wind.

Or the endless reserves of energy Stephanie seemed to be able to easily tap into.

Rippling around the ring, fluid like water, Stephanie moved with the slipperiness of a tributary. My torso absorbed most of her shots as I tried to figure out how to adjust for someone who wasn’t Coach’s height. I vacillated between keeping my distance, testing the waters with my jab, and finding a way out of the corner where I’d sometimes get trapped. Crowded.

But the play-by-play doesn’t matter, really. The moral of this story, the point of this post, is I did what I set out to do. I went into battle (with myself primarily) and survived. I walked the edge until I made it to the far side of nine minutes that were more euphoric, extraordinary, and hallucinatory than I ever thought possible.

It’s no small task, cleaving your fear until you hit ground solid enough to walk across. Or being willing to swallow the pain and weakness the body harbors. Such reasons are why I gladly enjoy the gifts I gave myself: of being intrepid enough get schooled and strong enough to be humbled. Of having a taste for more and sticking my neck out to get it.

I’m so hooked it won’t be long before I put on the armour once more so I can do it all over again.

Featured photo and video by @passemoilesel.