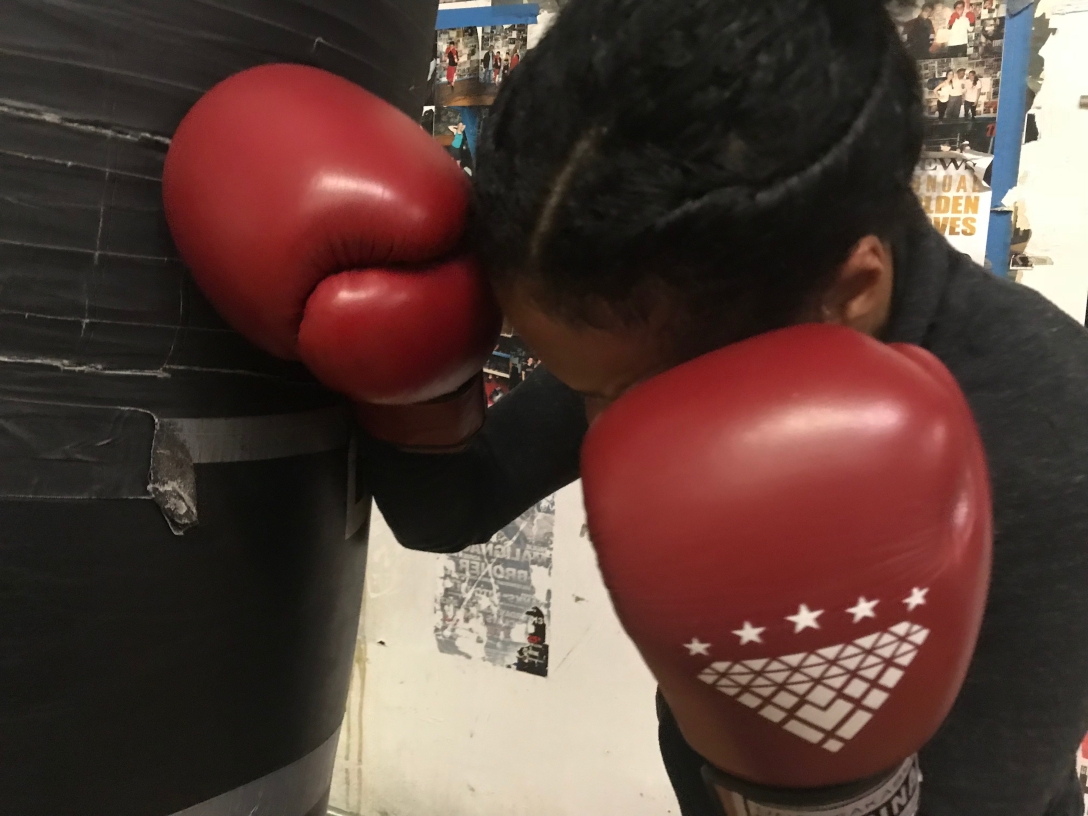 I’ve always been my harshest critic, taking things on like a zealot and sometimes getting frustrated when I stall mid-process. The self-flagellation stems from a lifetime of working harder, faster, more than asked or required.

Boxing has been no exception, though one big difference is that it can be a rather isolated and lonely sport. There are few people to point the finger at when times get tough. With no teammates or colleagues to fall back on, you’re often the only one to rely on for support.

In that sense, boxing is oddly similar to yoga. Not only is breathwork vital and resolve mandatory, but getting on the mat every day is a solo endeavor.

In boxing, the double end bag is a sticking point for me. It’s an aspect of training I have yet to embrace. I feel so much disdain for the stupid device that I’d love to find the man who designed it so I can punch him in the face. Even though it has countless benefits it is a tool that sours my mood quickly. On the best of days, it makes me shout in frustration.

On the worst, it takes a perfectly fine training session into the “total shit” dimension.

In this respect, I liken my feud with the double end bag to the one with the yoga poses that have been, on-and-off, my nemeses. Ones that cause a shift to occur on the mat, where hate replaces all love flowing through my veins. Only a handful of poses elicit such a visceral reaction. Some of the usual suspects I have yet to make peace with include parighasana, king pigeon pose, and setu bandhasana.

Having said that, I’ve found stepping onto the mat with no expectations helps bridge the divide—as does dropping any dread or hate I feel for a specific pose. When I choose to be mindful and let the body take over I can usually get into a version of any asana long enough to establish a breakthrough.

Setting down my whip of assumptions is one way of finding an opening.

Earlier this week, I experienced a similar moment of clarity with the double end bag—that springy adversary I swear laughs in my face. Coach told me to get busy but blindfolded me before I could start throwing punches. In retrospect, that was one of the craftiest schemes he’s come up with.

Not being able to see the damn thing erased my contempt. Being in the dark lessened my need to try and “be good” at something I’m still learning and mediocre at. The blindfold went on and I dropped all assumptions. A sensory overload, what mattered most was perception. Instead of trying to plan combinations I relied on intuition and feeling it out.

And you know what? It was annoying but also kind of fun. It was the first time I laughed while using the flipping contraption. Based on that alone I think a détente might be on the horizon. Love and hate reside on the same spectrum.

So to the double end bag I say: I think there might be a future for us yet.