[…] Extreme fitness is less about being young again and more about building yourself up for the years ahead. In other words, getting better at getting older.”

I’ve always been in awe of athletes. The sport doesn’t matter much, what inspires me is the drive, fearlessness, and tenacity of anyone who signs up for gruelling workouts and tests their physical limits. Agreeing to the stress of preparing for a race, event, or competition is not easy. Most times, it’s a hair-raising commitment.

But while I admire the new generation of athletes smashing records and dominating fields, I’m more interested in the 35-and-over crowd that is waving away the haters and signing up for sports on the far end of the spectrum. Ultra-type trials that make people cringe and are categorized as “intense,” “dangerous,” “wild,” or “unforgiving.” 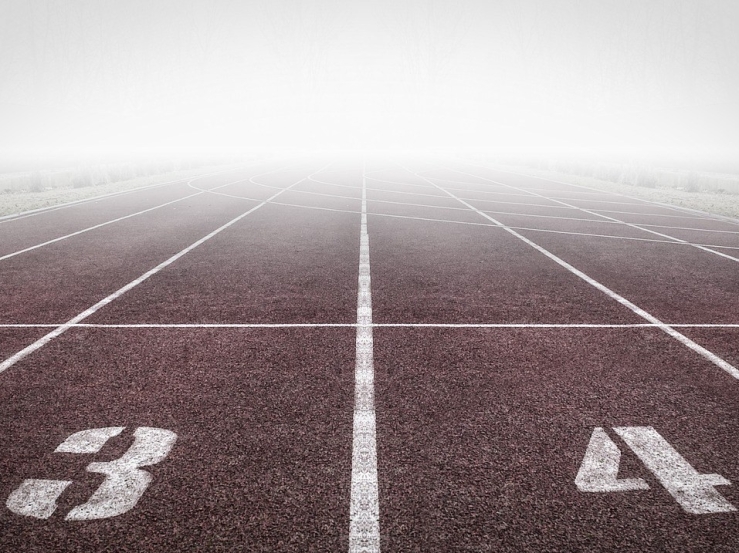 Paul Flannery talks about this trend in his Medium piece, “Extreme Athleticism is the New Midlife Crisis.” I approached the article with trepidation, eyebrow raised, as I expected him to bash fitness-obsessed people in the “advanced age” category. I was pleasantly surprised, however, when Flannery opened the narrative with his own transformation. He was in his early 40s, slightly depressed, jaded and unmoored, when he decided to run two towns beyond his regular route. His self-imposed trial marked the beginning of an affair with trail running. He ran his first 50K race nine months later.

When Flannery investigated further he found he wasn’t alone. Others wade into midlife and bypass the old clichés (fast cars and young women), instead saying “yes” to challenges that supposedly belong to another generation. In doing so, these people are,

[…] Pushing the limits of what they’re physically capable of through endurance athletics and extreme fitness. The focus is less on what happened before the crisis and more on what happens after. Call it the midlife correction.“

He went on to give examples of women and men who, tired of feeling complacent, burnt out or displaced, threw themselves into something extreme. Triathlons. Hundred-mile races. These individuals rocked the learning curve and embraced the unknown. They 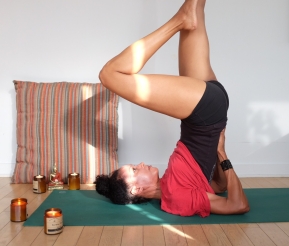 entered the shadowy and dark territory willingly, knowing they had to push through the mire in order to make progress.

In this respect, extreme sports become a metaphor for life. The hard knock lessons you learn when pounding pavement are as necessary to your evolution as any success. If you’re hell-bent on attaining joy, fun, and euphoria you better make peace with the fact that you can’t live in those states indefinitely. To know what is good you must understand what constitutes bad. Moments of bliss tend to be sandwiched between sections of bitter German rye that sit like a brick in the pit of your stomach.

Last week was a slice of that crappy bread for me, unpalatable in every way. I felt out of place. My body hurt. Everything had turned stagnant. It’s why, on a whim, I joined friends to watch a roller derby match. Queens vs. the Bronx. Two teams of audacious, fearsome women battled it out in the heart of Manhattan.

And what a circus! I say that with awe dripping from my lips and admiration in my inflection. A fringe, extreme expression of physicality, the roller skating, relay racing, wrestling, football, and acrobatics mash-up electrified the crowd. It also riled up the participants of a sport that is no joke.

Most striking was the age variation of everyone in attendance. Sure, there were plenty of teens and 20-somethings but scattered among them was a healthy amount of 30, 40 and 50-plus types. Young sat beside old. White mingled with blue collar. Conservatives exchanged words with ultra-libertarians. Fetishists cheered for their teams alongside pin-ups who looked like they belonged in a bygone era.

The lot of us went slack-jawed as women skated like hellions and threw their bodies around like defensive linebackers. The enjoyment of the players was evident—it caught a ride on the draft of each jammer. You could tell the women didn’t care what anyone thought. Empowered and enthralled by the experience, they had found an activity that felt like home.

And in that moment I finally grasped what my relationship with boxing is about.

Ultra marathons. CrossFit. Alpine skiing. Base jumping. Parkour. Cave diving. Karate. Jiu-jitsu. Wing chun. Surfing. Skateboarding. Free climbing. Paragliding. Where did we learn about restrictions and limitations? Who taught us there’s a timeline for the ways we can use our bodies? While I agree that outsmarting chronological age is a fight no one wins, I believe I can take the game into overtime because biological age is different. The weather-beaten adage rings true in this case, “You’re only as old as you feel.”

These days, I have more aches than I did in my 20s. And, yes, I have to spend extra time warming up so my joints don’t get locked in their sockets. But I don’t mind. I “embrace the suck” and steep learning curve. I treat this body like the amazing organism it is.

We are formidable pieces of technology created by Mother Nature.

Besides, rolling with like-minded people is preferable to spending time with those unwilling to take off their chains. It’s why I’ve always gravitated to the “misfits” on the fringes. I like people who make their own rules, regardless of circumstance. My allegiance lies with the extremists who find mountains to climb—the wild souls who set their own standards and shake off the patronizing critiques about their rebellions or “midlife crises.”

In the end, what you think about me is none of my business. But, if you must, go on. Have your say. I’ll hear you out before slipping and pivoting clear across the ring. If trying to not get smoked in the face is what thrills me then I’ll parry as many of your jabs as possible.

I’ve found something that reminds me I’m alive. That’s all there is to it.

I suggest you do the same.

2 thoughts on “TO THE EXTREME”