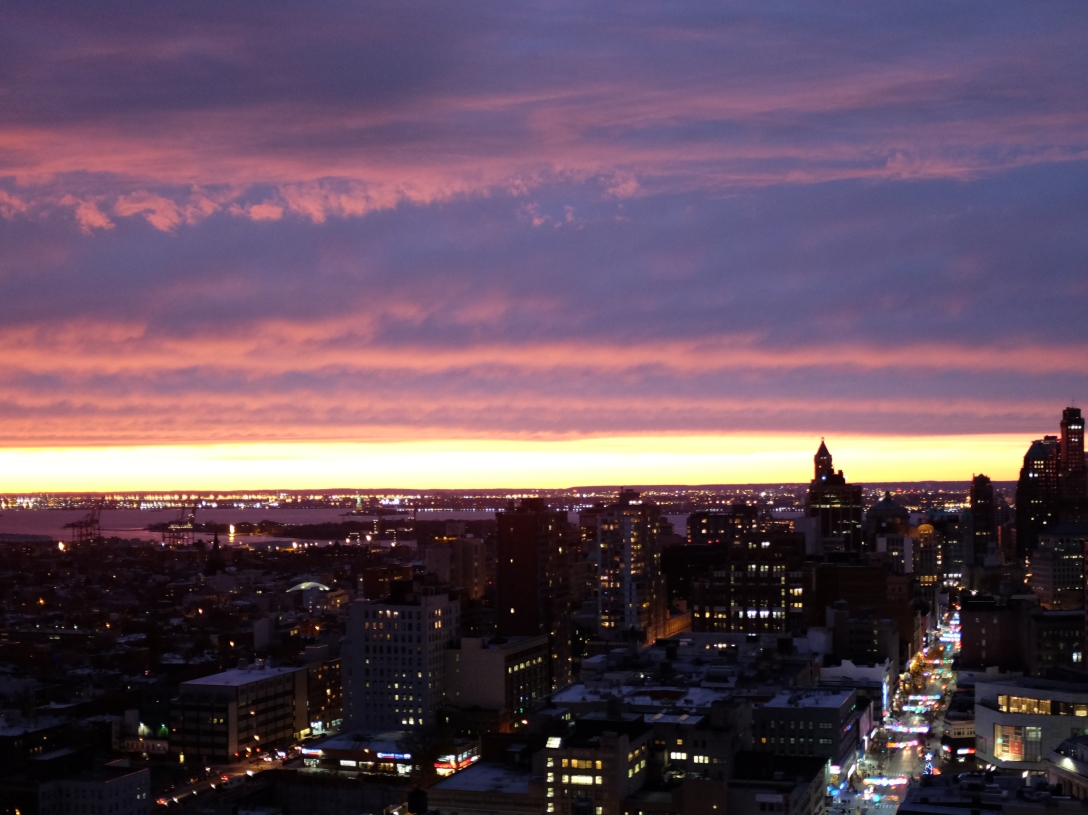 It happens to everyone: the periods of limbo. The inability to smoothly switch gears, which results in pulling off onto the shoulder of the highway we call life. We get pushed to the side because the odds weren’t in our favour, or the muse got stuck in traffic, or we were too afraid to make a move.

Or we took a swing and hit nothing but air, effectively striking out.

Having been through my share of such moments, I’ve come to learn that beating my head against the wall is futile. A funk is like a pit of quicksand, and flailing only causes one to sink at a faster rate. Even if there’s a case for bearing down and bloodying our knuckles, forcing change on our terms, we sometimes gain more by stepping back and taking a time out in the corner.

Only when the rose coloured glasses come off do we have a chance to see everything differently. On occasion, the old adage rings true: Everything tends to look a hell of a lot better in the morning.

Below is a revised excerpt from a post I wrote for an online zine seven years ago. It gets rehashed this week because I’m so burnt-out there’s no space for anything new. But most of the content still applies, even after all this time. None of us get through this life without our share of suffering, you know. The trick is to rise after each setback, let go, and create your own rules.

Strike the match and set yourself on fire. 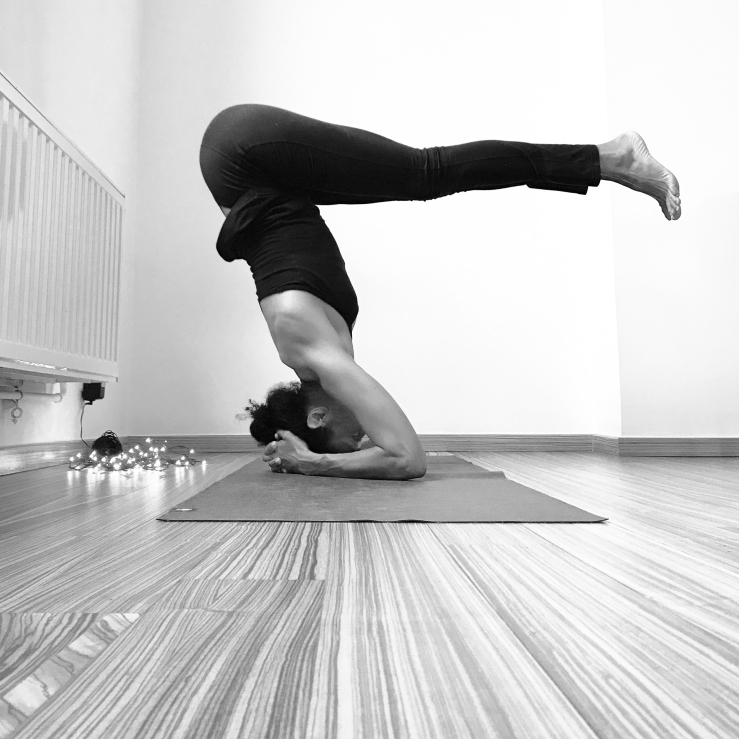 A week ago I spoke to my mother. A long-distance conversation where we moved from the mundane to the pressing and ended on the profound. We touched upon health, love, life and death—things we sometimes can’t bear to look but the end of the year has a habit of slapping us across the face with. After discussing one particular, delicate issue my mother paused, as if momentarily accessing her inner demons.

She chose her words carefully and asked,

Given everything that’s happened last year, what do you know for sure?“

I clicked my tongue, momentarily speechless. What do I know for sure? It’s the sort of query that does your head in even if you’re not distracted by Skype’s attempts to drop your call. I paused for the longest time, willing an insightful response to roll off my chocolate stained tongue. But after a minute I had to concede.

The days passed and, despite trying to forget her request, I obsessed. The query tore a hole into the soft flesh of my brain and, like Poe’s tell-tale heart, throbbed relentlessly under the surface. To ease my racing mind I got lost in music, went on grey and cold walks, and hung out in Trikonasana for ages. But a response was nowhere to be found.

At least not until last night.

Last night I picked up Women Who Run With the Wolves by Clarissa Pinkola Estés. It’s a book about the inner lives of women, and how revisiting and retelling folkloric tales can help women reclaim lost wisdom and power. I turned page after page, getting lost in the more academic passages but also turning myself over to those that demanded my immediate attention.

Without [comprehension of the nature of the Wild Woman] […] women’s inner eyes are closed by some shadowy hand, and large parts of their days are spent in a semi-paralyzing ennui or else wishful thinking. Without her, women lose the sureness of their soul-footing, […] they forget why they’re here, they hold on when they would best hold out. Without her they take too much or too little or nothing at all. Without her they are silent when they are in fact on fire.”

As I finished the rest of the chapter, a response to my mother began to materialize. The answer felt real even if it was rooted in barn-raising, earth-quaking, and primal female idiom. So in response to my mother’s endearing query of “What do you know for sure?” I offer up this…

I know that life can be beautiful, tragic, and bittersweet. It can also be fair and unjust. However, despite the organized chaos there are choices to be made. Nothing is fixed because even if we start going down a path we don’t like we can choose differently and get the hell out of Dodge.

I know we are gifted with emotive responses like insight, faith, intuition, resolution and knowing. Feelings that may, or may not, turn our lowest points into Hollywood endings but, at least, lend grace to those long nights of the soul. But too often, we overlook our gifts and put out the flames in our hearts, stomping on the ashes until they melt into the earth.

We do this because we’ve been brought up to believe life should be lived a certain way or shades of grey don’t exist. We do it because someone told us we needed to be like everyone else, or it’s acceptable to be pinned to a storyboard that isn’t ours. More often than not, we do it because we’re afraid.

Fear has a habit of trumping most everything else. 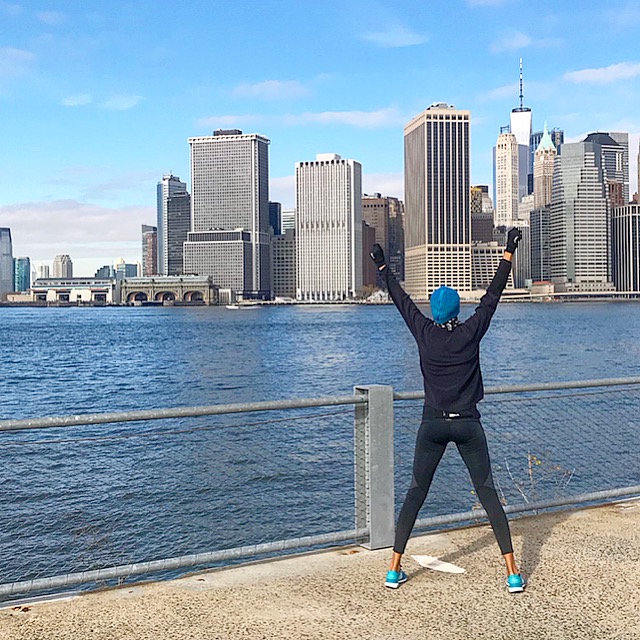 Well, to hell with the fear because I know that people—our mothers, fathers, siblings, friends, and everyone else in between—will piss us off. They will disappoint us and let us down. They won’t care about how we feel, or they might judge and berate us. A few will look for ways to purposefully inflict harm. And there will always be a handful who seek ways to shift their emotional baggage onto our already overflowing plates.

People do these things because they are in their own heads and up their own asses. They may be completely out to lunch or under someone else’s boot. So they behave in ways that shock, stun, and drive us mad. But while we don’t have to like their behaviour, we do need to find ways to live with it.

This is why there’s nothing wrong in feigning utter boredom when others weigh in on our deeply personal choices. It’s perfectly OK to brush off snide remarks and emotional manipulation because dwelling on it keeps us on the road to nowhere and, Baby, we just don’t have that kind of time.

This is why we must learn how to throw in the towel or put on the gloves and fight when there’s something worth salvaging or nothing left to lose. There is merit in digging deep, moving beyond the superficial exterior and cobweb-like film that has latched itself onto the cords of your heart. In the depths is where we learn how to keep our heads.

There’s nothing left to fear when you hit rock bottom in a place that’s so dark you can’t recall what the light looks like.

I know balance is the key to many things, and why we ought to connect with the wild and mischievous nature deep within. Essences that make the good great, the bad not so bad, and the downright horrible somehow liveable. Principles that teach us it’s sometimes necessary to be ‘on the floor’ because that’s how we learn to get up, dust ourselves off, and set ourselves on fire.

Using all the things our souls desire as tinder.

Don’t think for one second that as smouldering ashes caught alight the phoenix turned to the heavens and said, “Please lower the heat, it’s too warm!”

No way. Instead, she cried,

And she shot through the sky, a ball of flames, with a velocity fuelled by an ambition to come out on the other side of the inferno.

In a rise that, as we all know, was searing, blinding, and meteoric.

With her in mind, I know we should try to live in a similar manner, leaning into the utter insanity of the process. Space is a cold and desolate place, so exhale embers and dial up the heat until you can’t stand it. There isn’t enough time to do anything but get over it, give it all up, get a move on, and—for your sake and mine—light your goddamned fire.